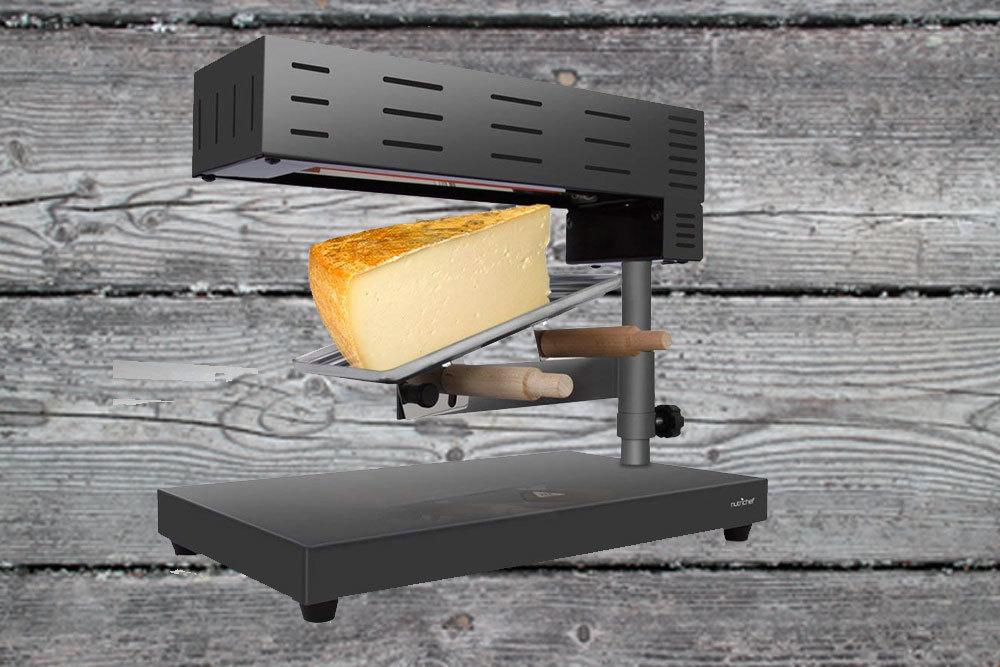 Have you ever been online and kind of goofing, not really shopping, but you come across a very interesting product that you are super intrigued by. That is what happened to us with the NutriChef Electric Raclette Cheese Melter! Right out of the gate we knew that this had the makings of a novelty product. Since we were going through a lot of raclette products we really thought it would be a great idea to try this one out. To be honest we really don’t think that we made the wrong decision.

Overall we could say that this is a very simple product it has a very decently sized area to place the cheese in. You can literally see the cheese melting right before your eyes so it is a great way to be able to get a perfect melt. You place the cheese on the tray you turn on the melter and literally just watch it melt. You can adjust the temperature quite easily to be able to control how quickly the cheese is going to melt. The concept is pretty self-explanatory and it can virtually be used by anyone!

We actually tried different varieties of cheese on this machine and we can say that it works just as advertised. We really did not have much experience with similar machines before we got this one to be honest. Overall though, what we can say is that it does its job fairly well. We really did not know what to expect, but the cheese melted down within a reasonable time frame. We were actually worried that it would take a lot longer to heat up, but that really was not what we saw happen at the end of the day!

When you are looking at reviews or getting advice from a person who has used the product directly you really have to be careful. Especially with these types of products. Some people have complained that it may be a little cheaply made. That is also something to be concerned about when people start bringing these ideas up. Other complaints involve people not being able to fit the full cheese in the machine. From our perspective that is not something that you should really complain to the manufacturer about. Just cut the cheese up before you try and melt it. Other than that the rest of the comments where pretty positive. As we mentioned we think that a lot of the complaints can be traced back to improper use. So, we would not worry too much about them!

We liked the overall idea and the product itself. It is one of those things that are more for show than actually practical times. If you have read through some of our other reviews you probably realized that we are usually big on a product that is versatile and things like that. With the NutriChef Electric Raclette Cheese Melter, you could not have expected a very versatile product to begin with. In our experience, it was easy to set up. We literally got right down to melting cheese, and we actually liked the fact that it took a little while to melt the cheese. It gives you the opportunity to look at the process and marvel at it, which is pretty cool. For the most part, it is not something that you get to see every day and can definitely wow some guests at parties!

We have some long term concerns with this product. It is going to be a gadget that you are most likely not going to be using on a daily basis. When you have one of these products though that you know you are only going to bust out a couple of times a year it would be awful to have it just not work one day out of the blue. So, we hope that in a couple of months we can actually revise this review and tell you that we did not face durability issues. For now, that kind of still looms and it is kind of tough to make a final verdict. 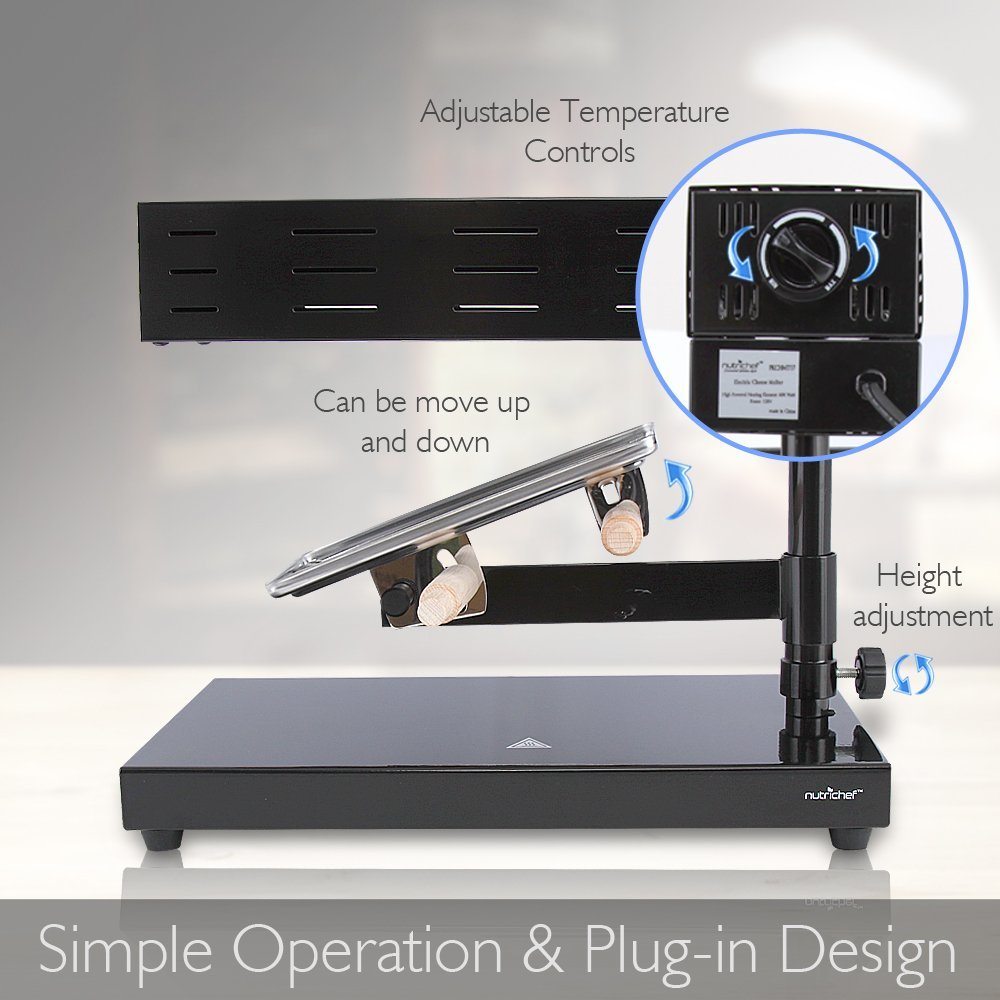 You are buying a very cool product no way around that! We just finished saying that we are not sure if it is going to have problems down the line. If you buy it off Amazon though, you get free Amazon tech support and you get a very decent warranty. These assets actually give us more confidence to go ahead and recommend that you buy this product! You are getting a novelty product for right around 60 bucks and you have all of these different warranties and tech support to fall back on if anything goes wrong. That is why if you are going to buy, you should just buy it on amazon. If you where to find it at some store you may not get these benefits and be stuck with a product that may not work properly. The bottom line is if you want this product just go to Amazon and hit buy!

This is a great party gadget. Don’t expect a quick melting or commercial grade product  or anything like that. It is probably going to take a while, but what you can do is turn it on and leave it on for the entire dinner and have people grab melted cheese constantly. Don’t expect this product to be something that it is not. As we mentioned we think that this is something that you can show off at parties. Like those people that love putting a chocolate fountain in for their desserts. If you can pair it up with some nice dishes though you are bound to be able to impress you in-laws no doubt about it!