If you are one of those people that always has trouble deciding where you want to eat, where you want to go on vacation and things like that you will be happy to know that with this grill you won’t have to decide. With the Artestia Electric Raclette Grill with Two Half Top Plates as Hannah Montana would say you can have the best of both worlds! That may not be such a great analogy though, judging what Miley turned into after that show! Anyway, we realize that probably a lot of you have no idea what we are talking about here so let’s get back to the grill!

As is pretty much standard for these types of grills you have the 8 raclette dishes and spatulas to place underneath the top plate. Great for melting cheese, and we have seen people cook all sorts of dishes down there. What we really want to get too is the two half top plates that we really believe open up a wide array of options. Half of the plate is stone and the other aluminum plate this really allows people to get their meats well cooked and then they can let them rest on the granite to finish out. It makes for, a quicker cooking time in our mind at least!

Overall we have to say that we are pretty pleased with the results. We really found the two half top plates to be a very useful asset. Especially when we were cooking for slow eaters! We cook it, we put it on the granite grill top and kind of keep it warm, great for steaks that can finish out their cooking process there until they are at the perfect point for each person’s taste. There are a couple of issues that we noticed here and there. But nothing we are afraid of, and we don't think there will be many durability issues down the road.

If you have gotten around to reading some of the other reviews that we have on the site you know that we usually like to ignore a lot of the positive comments. We don’t do that to try and bash on the grill, it is just that we are trying to get some real constructive criticism going here! Now, the main issue that is being reported with this grill is that it has a short cable to connect to the current. If the main problem that you are going to have with this grill is that you are going to have to use it with an extension you are going to be fine! Other than that there are some complaints that the granite grill top does not drain properly. We really believe that could depend on how you like to cook so, we are not going to put much weight on those comments. So far, so good then, it has passed the first eye test!

There are plenty of things that we liked with this grill. As we already mentioned the versatility that you get with the two grill tops is great. The raclette dishes cook well underneath the grill tops, that is something that pretty much every one of these grills has down pretty well. One thing that we rarely talk about, and we liked about this grill was the price! You're getting a grill at around $65 that you are really going to be able to enjoy. A lot of the other grills around there are going for $100 plus, and really don’t offer many more benefits compared to what you can get from this grill!

We are still a little bit on the fence with the durability questions. We honestly have not had this grill for long enough to be able to make a final decision on this. The fact that at times the features on this grill look kind of fragile is not something that we want to take lightly. As far as the issues reported by other users we could say if we were trying to be overly critical, that we did not like the small cable it comes with and that you always have to use an extension. It does get kind of uncomfortable at times, but we would not consider that a determining factor when deciding to buy this grill or not! 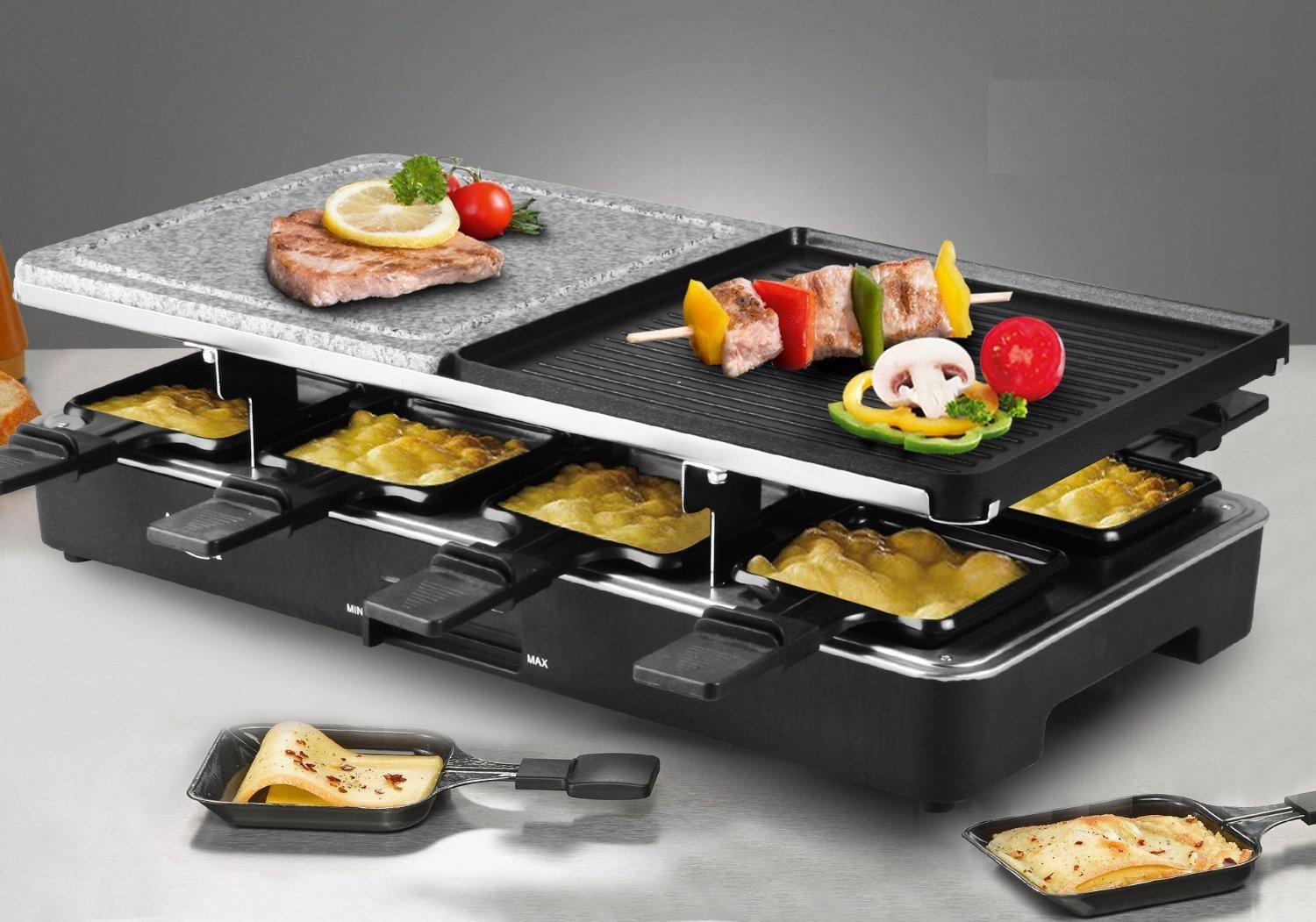 This Artesia grill is not available in a lot of different retailers and you almost certainly will have to buy it through Amazon. We don’t see too much of a problem with that. Amazon policies have really improved in the last couple of years and we have not heard any reports of people getting broken grills or anything like that. At least for this particular product. So, we really think that this is a product that you should be able to pull the trigger on fairly comfortably without having to worry too much about what could go wrong.

If you are someone who is kind of new to the raclette grill scene we really think that this grill can really get you excited about the possibilities that these types of products bring. You are not going to have to spend a lot of money on this grill and that is why we believe it can really be great for people who are going to try out raclette grills for the first time. Even if it ends up having some durability issues two or three good years from this grill could end up being a nice investment!   Check it out on Amazon