When you are looking for a new grill or pretty much any type of appliance that you are going to use in the kitchen you are probably looking at the overall performance of that appliance as the thing that you care about the most to decide whether or not you buy it right? At least in an ideal world, it should be like this we guess. Time and time again though we have seen people buy things because they think they are going to look cute in the kitchen. Only to complain excessively when they don’t work well! With the Artestia Electric Raclette Grill with High-Density Granite Grill Stone, we really believe that you may be getting the best of both worlds!

As you can probably tell by the name of the grill it has a granite grill top. Which is able to heat properly to take on food that needs more intense cooking. Like meat and shrimp. It can also help keep plates warm even as you continue to eat. One of the knocks that we have on many of these grills is that they can’t get hot enough. We don’t feel that is going to be the case here! Besides the granite grill top, it has the 8 raclette spatulas to cook side dishes underneath the grill. It runs on American current, so be aware of that U.K. fans!

Overall a lot of the claims that the manufacturer makes tuned out to be true! The granite grill top does heat up quickly and evenly. This made us a lot more comfortable when cooking meats and seafood. With many of the other grills that we had tried out we just did not really know if this type of food was going to be cooked evenly. Here you can get them just right on the inside and out. We did encounter some issues that kind of bummed us out a little bit and we will get to those later on!

We could not find a lot of reviews on the product. At least not many that showed a true critical look into the product. That was kind of eye-opening. We think that it is shame that the product is not as known as it should be, because it really works wonders. We did find a comment that we agreed with the grill is a little small! Especially if you are trying to serve 8 people as it is intended too. So, it has some trouble being the life of the party, especially for larger gatherings according to some users.

We really liked the overall look of the product. The wooden finishes really give it a unique look. It is really a grill that you can show off at a party all the way around. Another aspect that we truly enjoyed was the fact that we were able to cook evenly with it. You can take on steak, shrimp and things like that. The separate heating control is a massive upgrade on most grills, if you're cooking meats on top and it takes longer than expected you don't burn your cheese below, and visa versa. That dynamic heating can make your life easier when hosting a party and for us that is a huge part of how we rank this raclette grill. As we mentioned we were kind of on the fence whether to even try cooking meats on other grills. We had no doubts here. The granite grill top works like magic. It heats up evenly its easy to clean, what else could we ask for!

There was one thing that immediately jumped out at us. We where just like now why would you do this to us? The grill is a bit too small! Especially if you want to cook simultaneously for 8 people. If you are looking to cook a full meal for 8 people you are going to have to go one by one or something like that. That really limits because, and it kind of kills of the party concept! At least an 8 or more people party. If you are a family of 4 and want to bust this grill out on Sundays though, it is going to work great! The other slight negative we found is that most grills have the option for a metal grill top, this one is just granite, now granted (lol) this works nice for any type of cooking, were not positive it gives you the same sear a metal grill top would. We are going to have to get back to you on durability also! We may update this review in a couple of months. 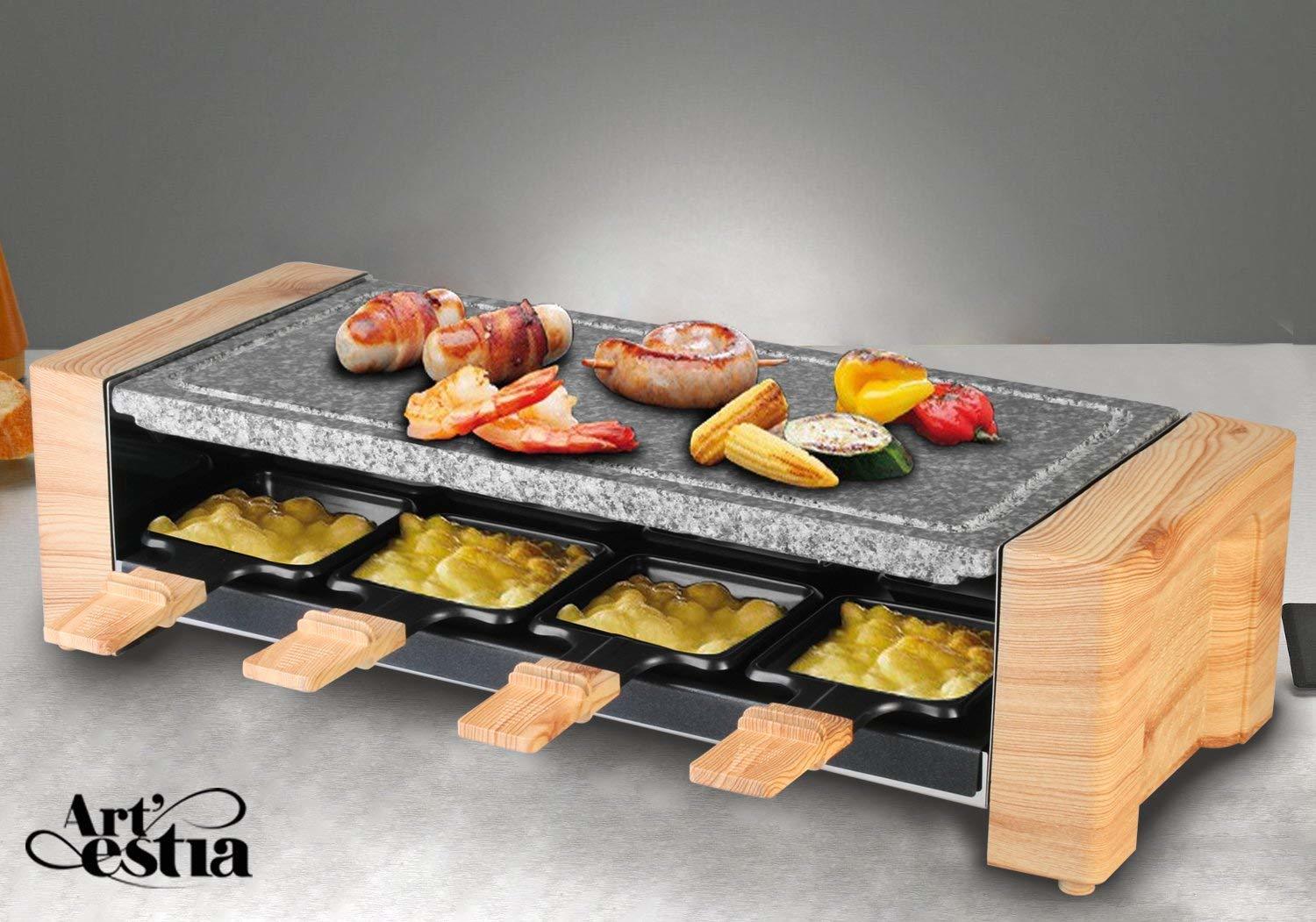 This grill ships directly from Amazon. When you can go ahead and do that right off the bat especially for a grill like this that is at a great price, and you don’t have to go out and look for a better deal someplace. You can buy it off Amazon and you know that the warranty is going to be respected and all of those other things. In the end, this is another asset that this grill has going for it. You don’t have to worry about finding the right seller. Overall it is a pretty safe buy all the way around!

If you are looking for a versatile grill this is a great option! The only people that we may not recommend this grill to could be people who are actively pursuing a party grill where you can get all of your guests involved in the cooking. Since we believe that it is a little small for that we can’t fully recommend it in that regard. Other than that though we would truly be comfortable telling you to give the grill a shot! We have used and it works great! So, it would probably do the same for you!